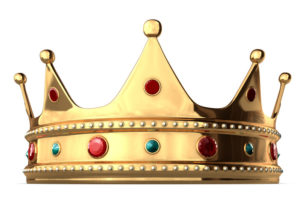 I love reading through the Old Testament books of First and Second Kings, where I see God’s justice and love, fierceness and faithfulness on display. In these pages it’s impossible to focus on just one of God’s attributes to the exclusion of the others. His dealings with His people and her kings are such a stunning look into who He is.

But to be honest, I’ve always been confused about Who’s Who in this record of royalty. So last summer I spent weeks reading and researching and connecting dots, and this poem was the result—a study aid for my forgetful, oft-confused brain.

May it come in handy to a few of you as well. (I’ve highlighted the Kings of Israel in orange; the Kings of Judah in green. And where possible, I’ve tried to use exact words or phrases from Scripture.)

Poem of the Kings

Here is a look at Old Testament kings:
Saul (the first) was promising,
till disbelief and folly won—
then in stepped God’s anointed one.
David’s heart was wholly true,
but Solomon didn’t follow through.
Rehoboam closed his ears
to counsel from those wise in years.
Jeroboam made calves of gold,
Nadab’s sin was just as bold.
Abijam took up all the sins
of his father before him.
Asa came and saved the day—
idols, prostitutes were put away.
Basha sinned and sealed his fate
(the dogs were waiting in the gate).
Elah was a drunkard king
whose brief reign ended suddenly.
Zimri did evil in the sight of the Lord;
Omri did evil—but even more.
Omri’s son Ahab outdid his dad,
embodying the look of bad.
Jehoshaphat made Asa proud
(yet the high places were still allowed).

Ahaziah took a great fall,
through some lattice high on a wall.
Wicked Jehoram wed Ahab’s daughter
yet mercy came instead of slaughter.
Joram was evil, he had no peace,
and Ahaziah tried to flee,
for Jehu was on a bloody mission—
Death to royalty and sons of perdition!
Jehoahaz sinned, then sought the Lord,
then sinned again (back and forth).
Athaliah was a usurping queen
till Joash, at seven years old, became king.
(When Jehoida counseled him, he was wise;
but with the priest’s death came his demise.)
Jehoash made Israel to sin again.
Amaziah’s reign was half a win.
Uzziah obeyed God zealously
till his pride bred leprosy.
Jeroboam II was wholly evil
but God showed mercy, spared His people.
Then five more in murderous succession
sat on a throne of endless transgression:
Zechariah, Shallum, and Menahem,
Pekahiah, Pekah—royal mayhem.

Back in Judah, King Jotham restored
the beloved gate of the house of the Lord.
When evil Ahaz took his turn as king
he burnt his son as an offering.
Hoshea was king when Israel fell
to Assyria (and was locked in a cell).
Hezekiah showed God to be gracious
and finally destroyed all the high places.
King Manasseh did not follow suit,
a bloody and idolatrous brute.
Amon came after—like father like son—
he also abandoned the Holy One.
But King Josiah read the Law,
humbled himself in penitent awe,
led the people in covenant,
restored and reformed till he was spent.
Then came three who couldn’t win:
Jehoahaz, Johoiakim, Jehoiachin.
Alas, Judah’s days came to an end
when King Zedekiah could not contend
with Nebuchadnezzar and his men—
a promised curse for the people’s sin.